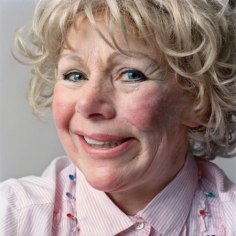 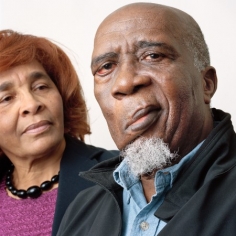 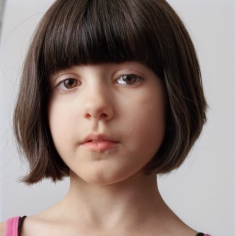 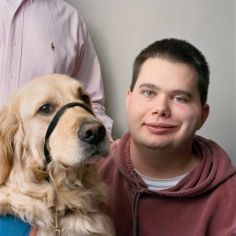 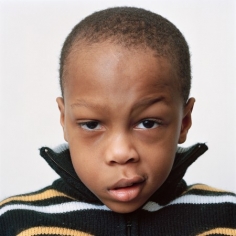 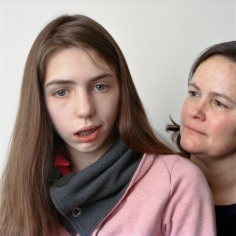 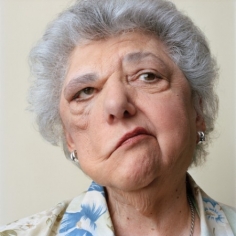 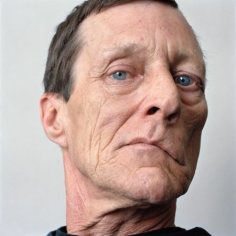 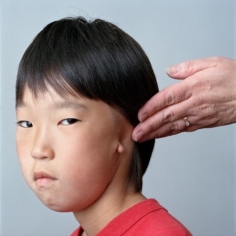 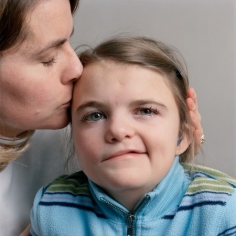 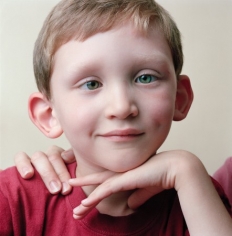 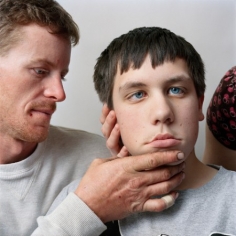 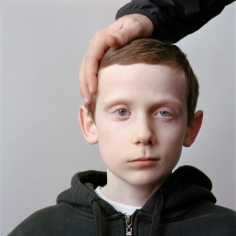 While most of us assume that our expressions convey our emotions, it seems that the inverse can also be true: our emotions can, in some ways, be influenced by our facial expressions.

Sage Sohier examines the influences of vanity, aging, insecurity, and the faults discovered within an individual’s own face, and how few ever achieve their notions of perfection. Yet, in the course of such self-criticism, most people take for granted their own ability to explore and employ the full range of facial expressions and the range of emotions those expressions convey.

About Face is a series of portraits that began in 2008 of people with facial paralysis. Sohier embarked on photographing people who have varying degrees of paralysis, a condition that usually occurs on just one side of the face. At the clinic, patients are offered long-term physical therapy, often coupled with Botox therapy. About Face is a series of portraits made in most cases during a patient’s first or second visit to the clinic, before beginning treatment.  In few cases, she has followed a person’s progress over time, and had the privilege to witness hope and excitement emerge as the patient regains the ability to smile, speak, and function more normally.  Even minor facial problems challenge and potentially diminish a person’s sense of self; the poise and inner strength that it takes to deal with facial paralysis while also presenting yourself to the world, is remarkable. The brave self-representation of the individual’s in About Face elicits something wistful, tender, and deeply human.

Sohier has been photographing people in their environments since 1976, after earning a B.A. from Harvard. Her work has been published in New York Times Magazine; Newsweek; LIFE, Wired; O the Oprah Magazine; Fast Company; Adweek; People; Discover, Details, and Outside.

About Face, was published in December 2012 by Columbia College Chicago Press.

About Face will remain on view through May 24th. FOLEY is open Wednesday - Sunday- 12 - 6PM.