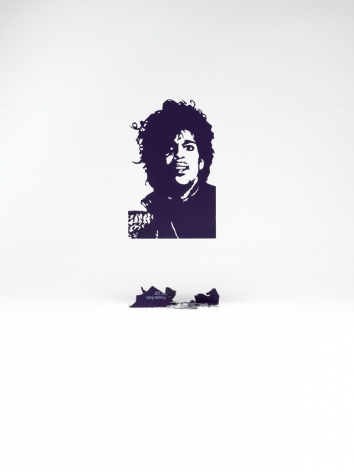 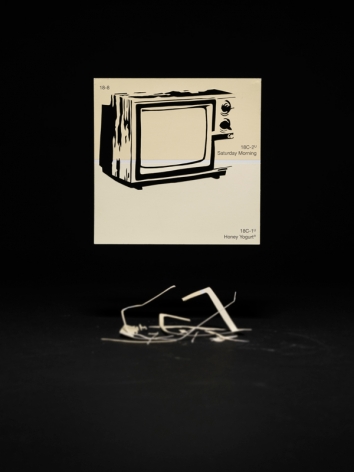 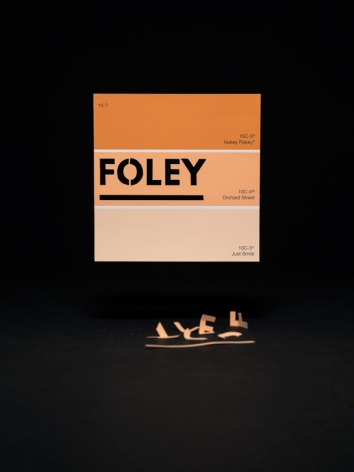 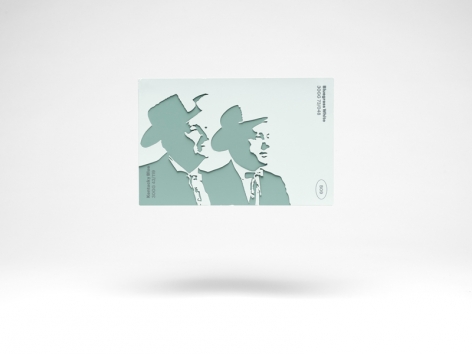 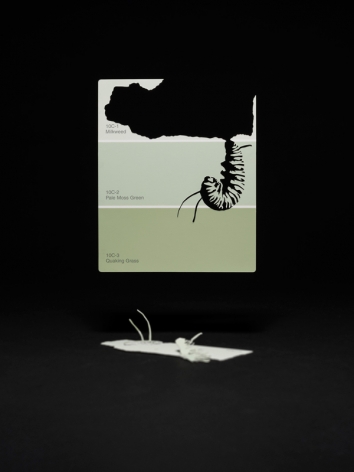 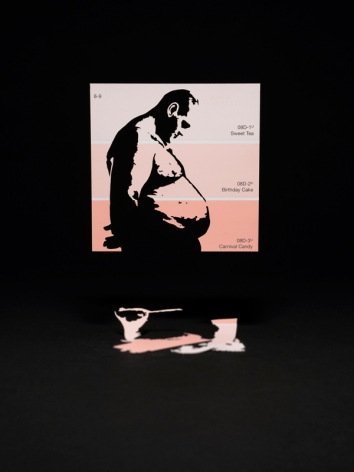 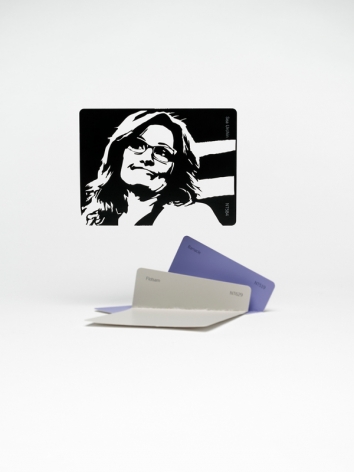 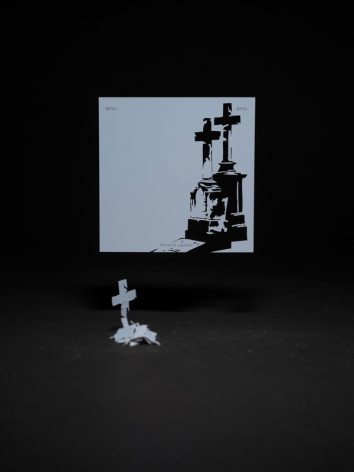 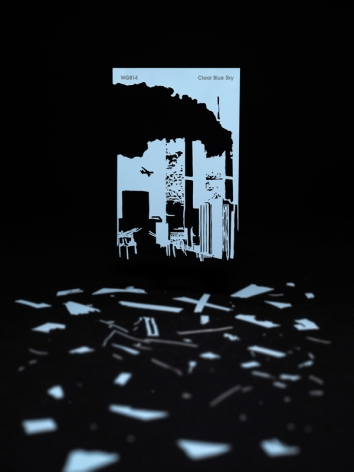 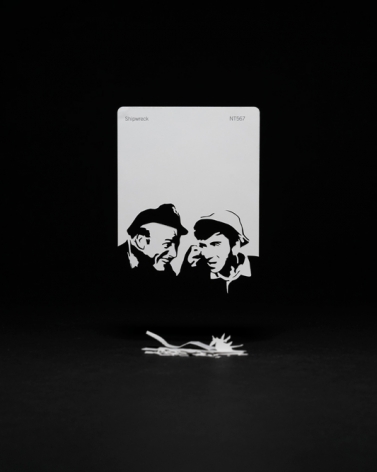 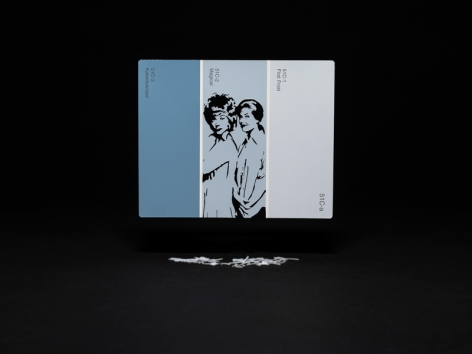 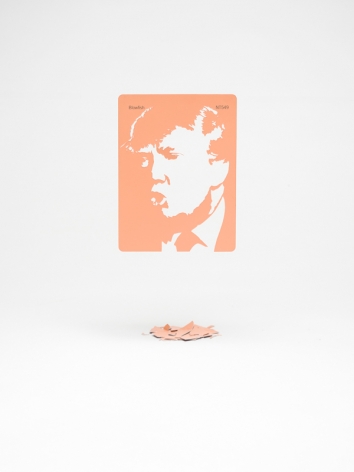 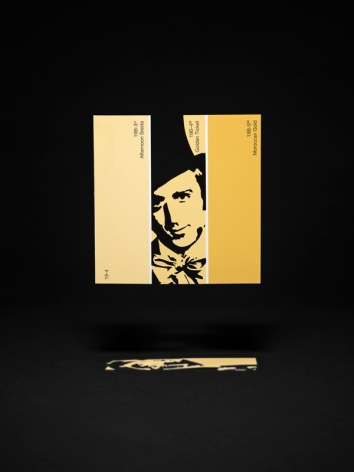 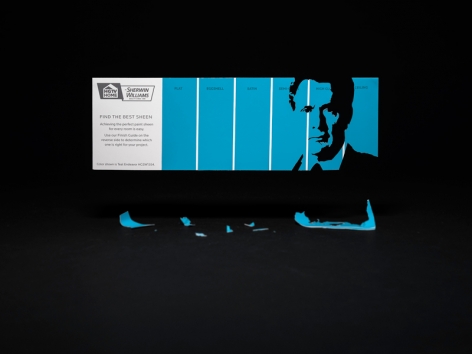 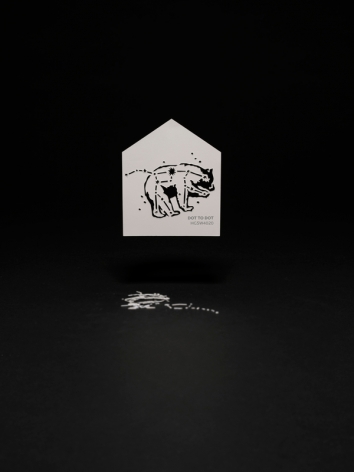 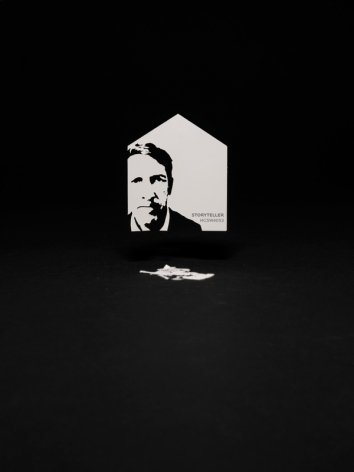 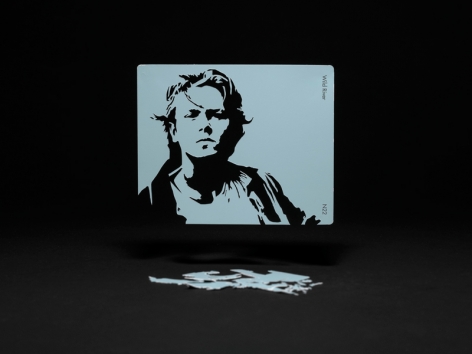 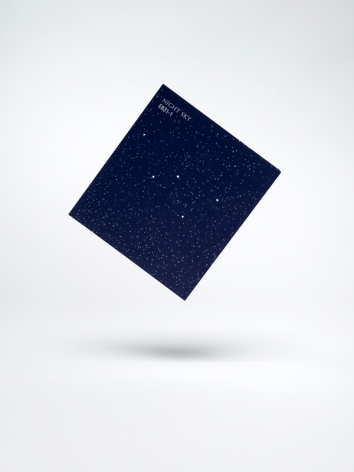 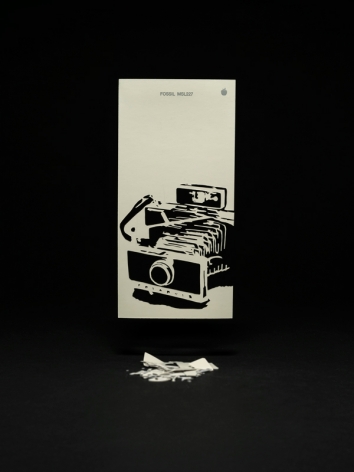 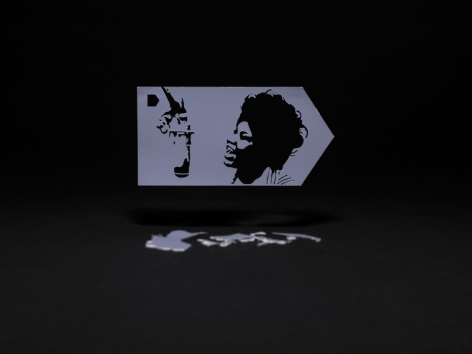 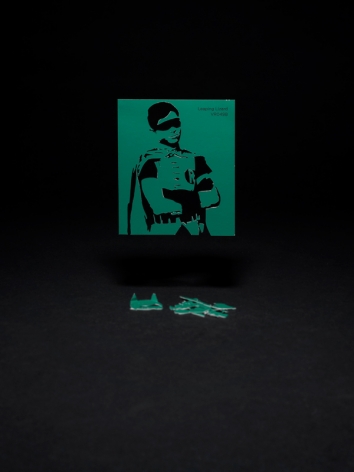 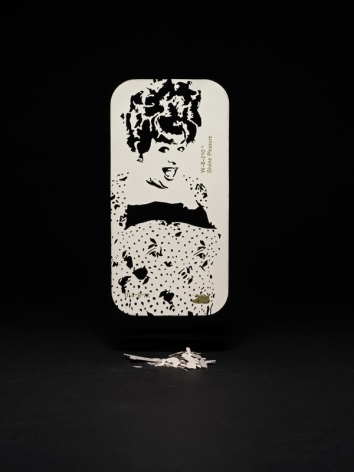 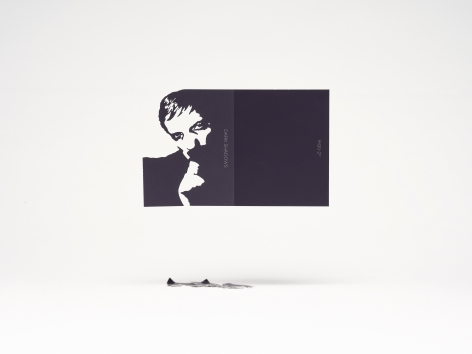 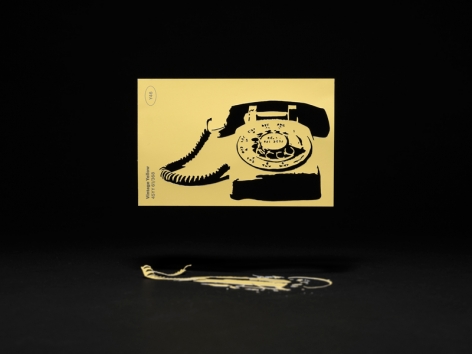 In producing his new series of photographs, Paint by Numbers, Allen has gone to the hardware store and has selected standard paint swatches to use as his primary generative medium. As announced at Allen’s 2009 solo show Epilogue at Foley, Allen has parted ways with his signature use of cutting from book illustrations.

Utilizing wit to illustrate titles such as Birthday Cake, Carnival Candy, and Sweet Tea, Allen playfully employs the idea of color with historical and cultural associations. Titles offered in the paint swatches are implicative: his deftly cut figures reference popular subjects, each of which are enlisted by the name of the paint sample they are carved into. Allen selects figures such as Donald Trump or Gene Wilder, subjects able to perform the lexicon of narrative titles like Blowfish and Golden Ticket. In the process of assemblage, Allen is able to create narratives that reveal the constructed nature of images and incorporative aspects of collage, photography, and montage.

Thomas Allen received his BFA in 1991 and went on to earn his MFA form the University of Minnesota in 1996. Allen has had two solo museum exhibitions at the Grand Rapids Art Museum in Michigan and at the John Michael Kohler Arts Center in Wisconsin. His work is in the permanent collections of the Museum of Fine Arts, Houston; The Milwaukee Art Museum; Target Corporation; Fidelity Investments and The Progressive Corporation.

Paint by Numbers will remain on view through January 24, 2016.  Foley Gallery is open Wednesday – Sunday, 11 – 6pm. Please note that the gallery will be closed starting Thursday, December 24, 2015 and will reopen for regular hours on Saturday, January 2, 2016. To request images, please contact the gallery at 212.244.9081 or info@foleygallery.com.