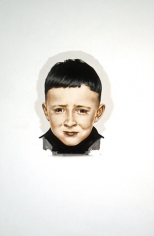 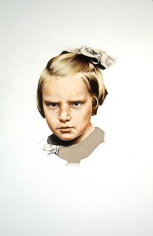 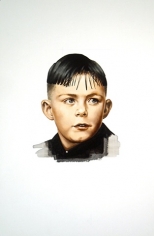 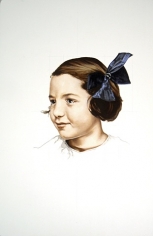 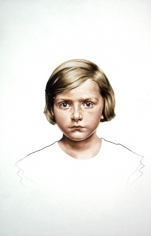 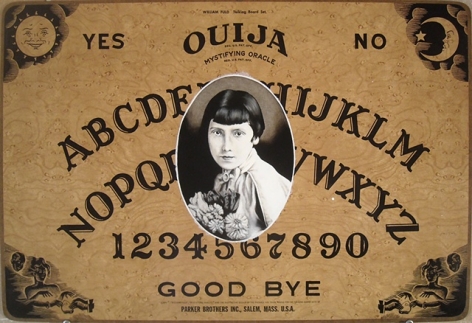 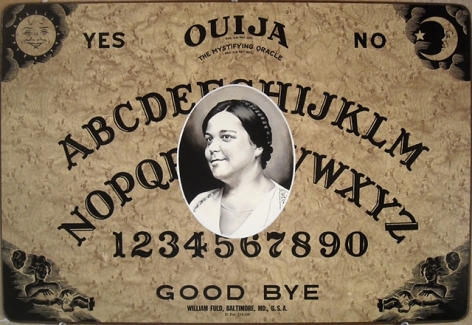 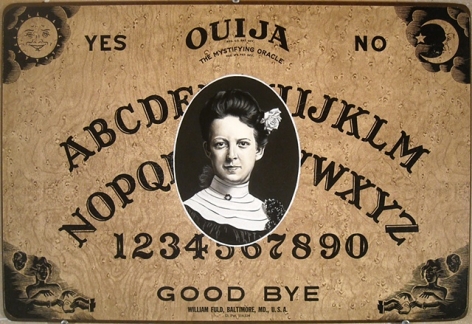 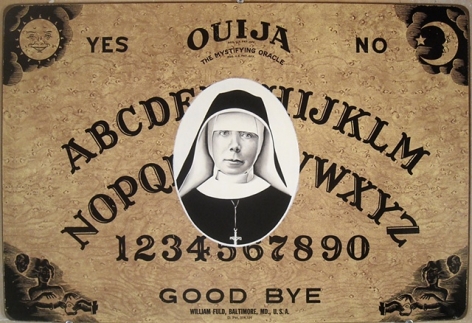 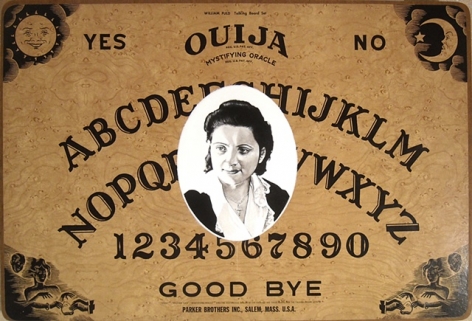 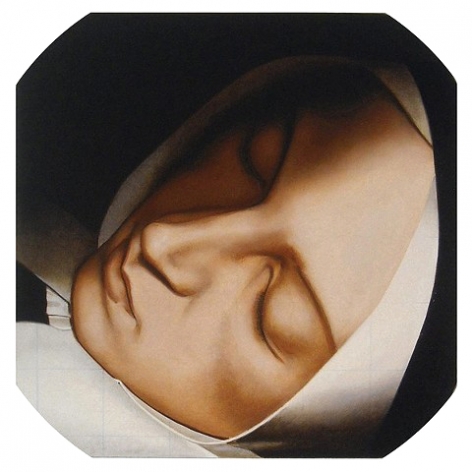 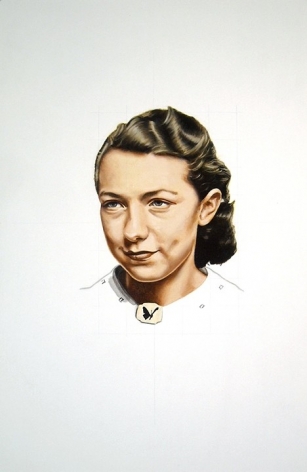 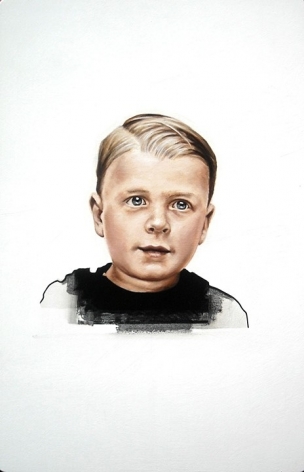 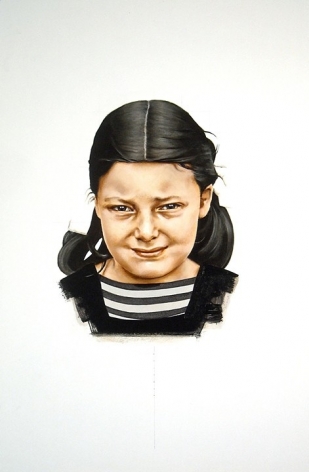 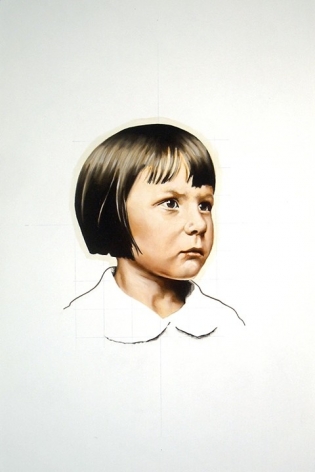 Foley Gallery is very pleased to present Lordan Bunch’s solo exhibition Pathology Grey. This will be Bunch’s first exhibition with Foley and will feature selections from three suites of work: Last Picture, Markers, and Amiable Children.

Bunch’s photorealistic capacity contributes to the eerie atmosphere of the portraits of Saint Bernadette in repose. Last Picture is a series of attempts to paint the so-called incorruptible Saint as her waxy likeness is postured in her crystal coffin in Lourdes, France. The selected portraits were made repetitively as the artist pursued “the perfect painting,” reminding viewers of the mask applied to the skin of the face and hands, blackened by decay, of Saint Bernadette—perfect is elusive and illusory.

The suite Markers is derivative of photographs that adorn the headstones of unknown women in East Los Angeles cemeteries. The reproductions of the photographs, painted on Ouija boards, are punctuated with a blunt “GOOD BYE” at the bottom of each board.  Like the portraits of Saint Bernadette, which long for a perfection that is unattainable, the whimsical Ouija board portraits are a symbol of yearning for answers to questions that are impassible in death.

In Amiable Children, Bunch recreates 20th Century class photos and photo-booth portraits of children. Without the distraction of the background or their clothing, these portraits stand as proxy for who were once here with as much substance of their being as the artist can uncover. In re-exposing the images of these children the artist has given a larger stage to the lives that may have otherwise been lost again in time, and in turn leaves traces of his own existence.

Lordan Bunch is a self-taught painter. His paintings have been exhibited in solo and group shows throughout the United States. Bunch has appeared in numerous publications including The New Yorker as well as in Copycat starring Sigourney Weaver. Lordan Bunch, born in North Carolina, currently lives and works in New York State.

Pathology Grey Will remain on view through June 30, 2016. Foley Gallery is open Wednesday through Saturday, 11 – 6pm and Sunday 12-6pm. To request images, please contact the gallery at 212.244.9081 or info@foleygallery.com