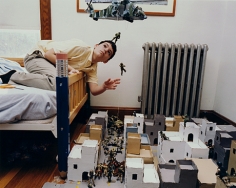 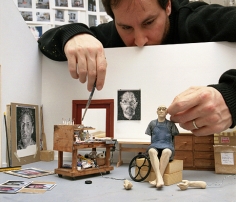 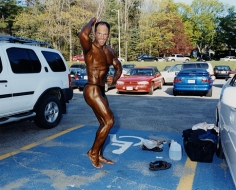 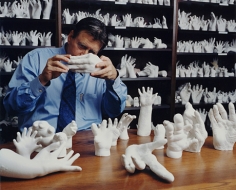 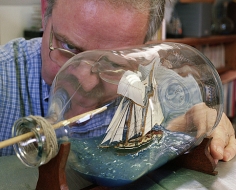 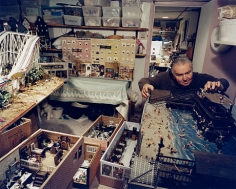 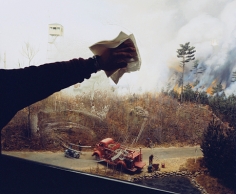 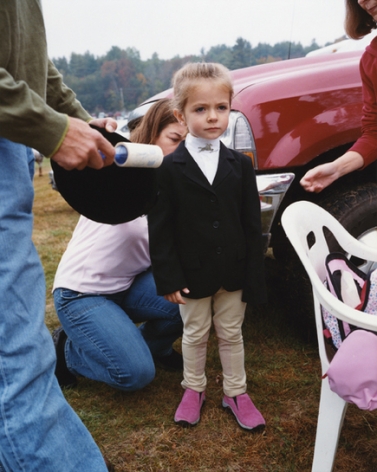 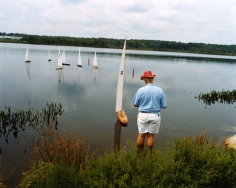 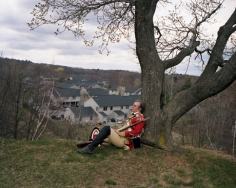 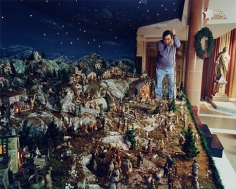 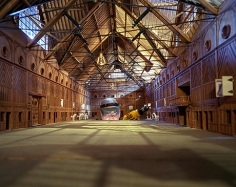 Foley Gallery is pleased to announce "Perfectible Worlds", an exhibition of new photographs by New England artist Sage Sohier in conjunction with the release of the series' recent publication.

Sage Sohier's latest series of "contextual portraits" began with a photograph she took of her friend and his model railroad; a twenty year work-in-progress that traversed and had long overrun his entire basement. Sohier was taken by the man's uncommon devoutness to each detail of the minuscule landscape and set herself in search of his kindred extraordinaires; people with private passions and marvelous obsessions.

The photographs in Sohier's "Perfectible Worlds" portray such singular people; amid their voluminous collections, absorbed wholly into odd hobbies, heavily draped in adornments, or mounting their multitude of achievements. Whether it be by the constructions of small extravagant worlds, or reconstructions of the self, Sohier's subjects are all carving express utopias over which they can exert near-total control.

Each individual pursuit of excellence however, is more than slightly tinged by its zeal and eccentricity. Sohier empathetically reveals to us this contrary symptom of perfection, through her meticulous framing of its exaggerate incongruities. She frames vast disparities of time and proportion, and catches the fevered yet demure glints in her subjects' glossed eyes.

"But time and again, obsessions lead to moments of wonderousness," reminds John Beardsley in his afterward "Adorable Improbabilities", concluding the publication of "Perfectible Worlds". It is Sohier's ambition to redeem this obsessive underbelly in exposing its true marvel, its rarity, its superlative, its beauty. Without such exceptional vigors and all-consuming studies, our worlds would stand bereft of its progressive connoisseurship; above, Sohier photographs a surgeon as he intently regards his molds of the many hands he has masterfully reshaped, and re-gifted to grateful patients.

Sage Sohier has been photographing people in their environments since her graduation from Harvard University in 1976. She has been awarded John Simon Guggenheim and National Endowment for the Arts fellowships, and her work is included in the collections of the Museum of Modern Art in New York, and the San Francisco Museum of Modern Art, among others. Her photographs have appeared in several publications including The New York Times Magazine, and she has taught photography at a number of New England schools including Harvard University and Massachusetts College of Art. She has exhibited widely, both nationally and internationally, and currently resides in New England.