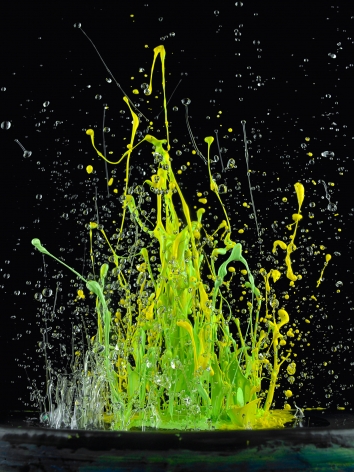 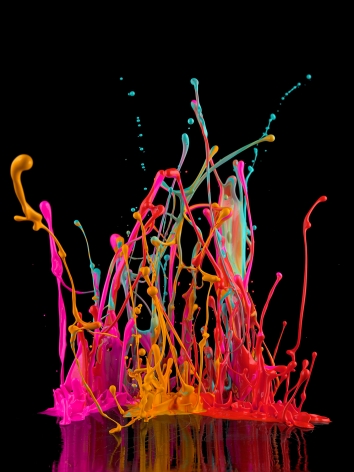 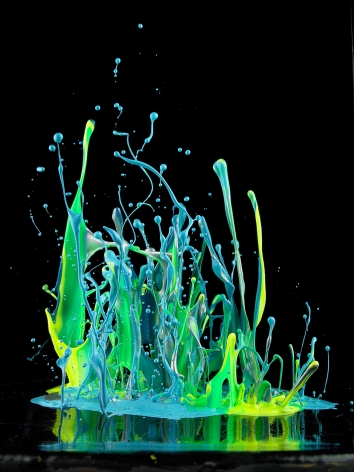 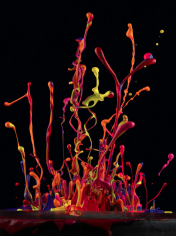 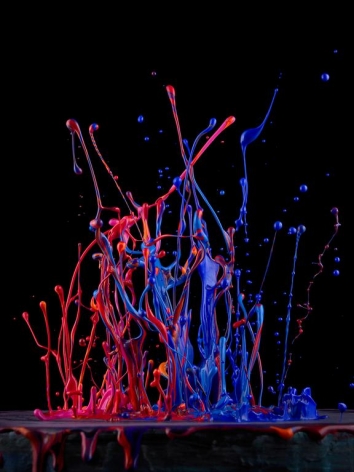 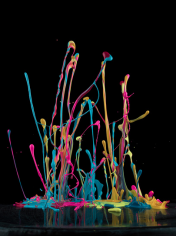 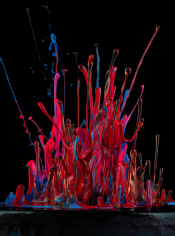 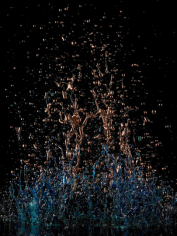 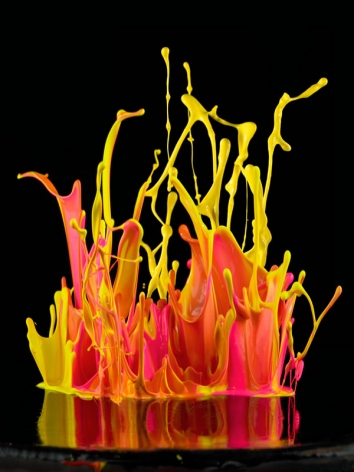 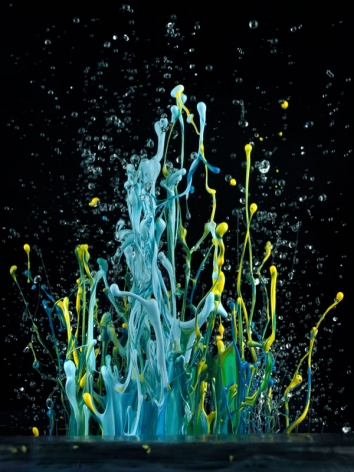 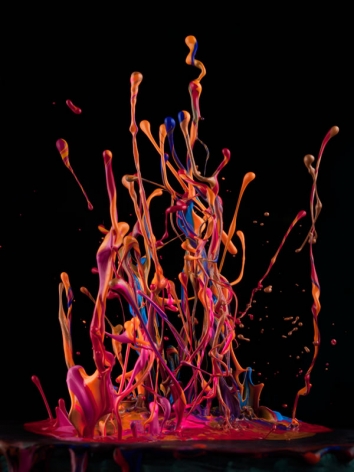 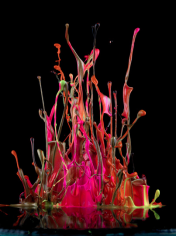 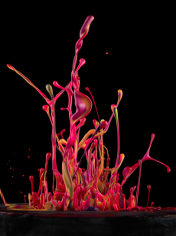 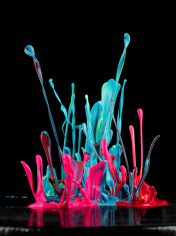 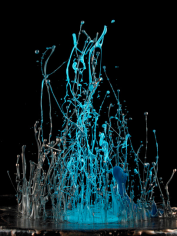 What does music look like?  When we listen to Miles playing “Bitches Brew” or Pink Floyd’s David Gilmour charming his reverberating guitar on “Time,” what do we see?  In his third exhibition at the gallery, the Düsseldorf based photographer explores the possibilities.

Guided by the science of wave phenomenon, Klimas brings together a mix of psychedelic paint, high-speed camera technology and a jukebox full of music. He uses paint as an abstract expressionist might, making a photographic recording that captures the feel and gesture of music’s sound .  His procedure is to pour paint over a protected speaker diaphragm while a selected section of music is broadcast (more like blared) through it, launching the paint -projectile style- in mid air.  The sounds of Charlie Parker, Daft Punk and Bach et al. can be seen in comparison, measured by the paint’s reaction to vibration and Klimas’ choice of colors.   In making music visible, Klimas explores the expression of sound, adding one more visceral element to its total experience.

Martin Klimas is the colorful and creative hybrid of photographers Edweard Muybridge and Dr. Harold Edgerton. Through his own experimentation with motion and the cause and effect in gravity, Klimas’ photographs explore relationships with time, beauty and destruction. In his work with Porcelain, Klimas used a strobe light and a single camera frame; one chance of the figurine dropping and shattering. In his series Flowers, a spring-fired projectile bursts the base of the vase into a bedlam of fragmented pieces. In each photograph, Klimas shows the transformation of solid object into one that is in between, a temporary sculpture that comes together for a moment, creating a comforting notion that something beautiful can be created out of chaos.

Also on view will be a selections of his photographs from 2005 – 2012 including works from the Flowers, Kung Fu and Nymphenburg series.

Martin Klimas received his diploma of visual communication from the Fachhochschule Düsseldorf in 2000. His photography has recently appeared in The New York Times Magazine and has been exhibited in galleries, museums and fairs throughout Germany, abroad and in the United States including a solo exhibition at The Andy Warhol Museum in spring 2008. Martin Klimas currently lives and works in Düsseldorf, Germany.

SONIC will remain on view through November 3.  FOLEY is open Wednesday – Sunday, 12 – 6PM.  To request images, please contact the gallery at 212.244.9081 or info@foleygallery.co