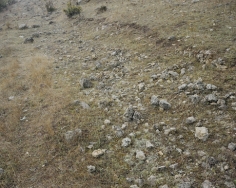 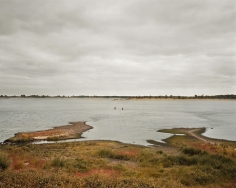 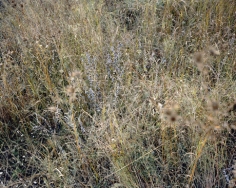 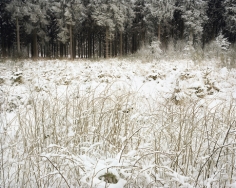 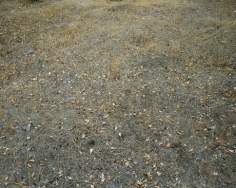 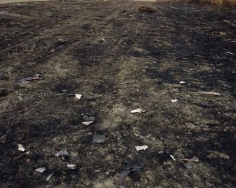 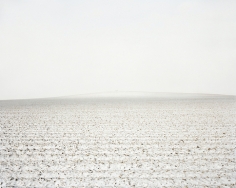 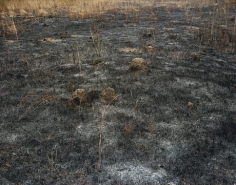 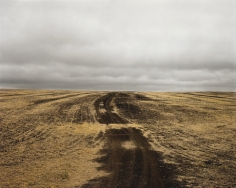 In this third and final installment of The Course of History, Michiels explores the Eastern European battlefields of Russia and Germany.

The term “Götterdämmerung” is adapted from Richard Wagner’s final opera of The Ring Cycle and is intended to refer here to the notion of a “violent end” or “destruction” as was the case for the Third Reich. Many of the battlefields in Götterdämmerung are sites of the violent precursors of the collapse of this regime.

Michiels started photographing The Course of History in 2001 focusing on the sublime and pastoral landscapes of France. These former blood-soaked sites revealed their history of battle and war through subtle marks and features in the land.  The sites in Götterdämmerung are of a darker order; their palette of brown, black and white sometimes depict burnt fields and unkindly terrain, referring to the scorched earth tactics that both the Soviets and the Nazis employed.

Michiels grew up in a country marked by two world wars and he sets out to question how landscape is interpreted when endowed with violent history and dark memory. For Michiels, the natural world is both one of beauty and one of violence and cruelty; both present and existing in each other’s shadows.

The exhibition will remain on view until January 8, 2011. Foley Gallery is open Tuesday – Saturday 11AM – 6PM. For more information or to request images, please contact the gallery at 212.244.9081 or via email at info@foleygallery.com.