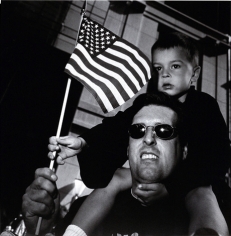 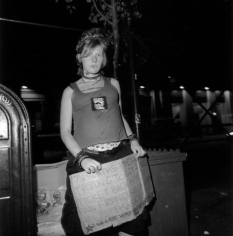 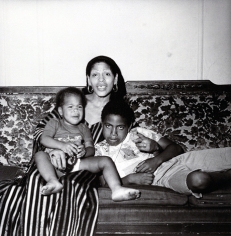 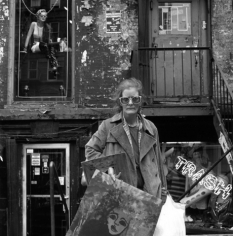 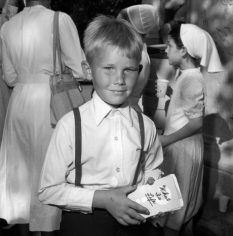 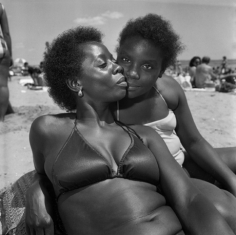 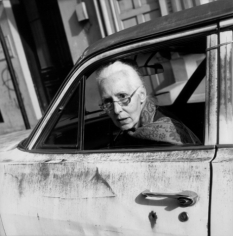 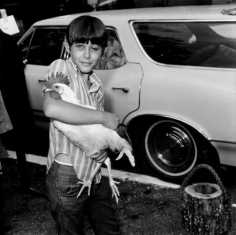 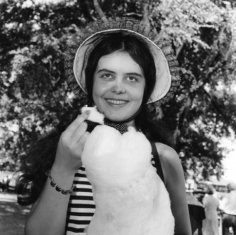 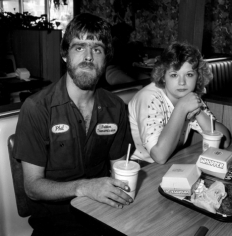 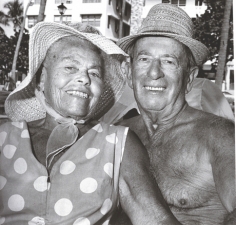 Foley Gallery is pleased to announce American Pictures from Chapalingas, an exhibition highlighting Rosalind Solomon's extensive portfolio of American pictures from her defining monograph, Chapalingas, covering her photographic history from 1974 to 2000.

Born in 1930 in Illinois, Rosalind Solomon began her career in photography at age 38, on a trip to Japan where she was invited by the The Experiment in International Living.  Unable to communicate, photography became her primary means of expression, "I used the camera to talk to myself and photography was a medium. I took pictures of what I was seeing and feeling, and I have never stopped."

Self-taught, Solomon was eventually introduced to Lisette Model who, recognizing her formidable talent, became both teacher and mentor.  In 1980 Solomon was given her first exhibition at the Corcoran gallery in DC, curated by Jane Livingston.  Subsequently, she began her extensive travels around the world, capturing unforgettable imagery ultimately collected in her major book, Chapalingas (Steidl, 2003). The publication was accompanied by retrospectives at the Die Photographische Sammlung in Cologne, 2003, and at the Musée Nicéphore Niépce, Chalon sur Saône, 2005.

People and their relationships with each other are the focal point of photographs by Solomon. The images show well-known figures and ordinary people as they go about their daily lives and celebrate at parties, privately and publicly. Cultural and social contrasts characterize Solomon's images, captured during numerous trips she has taken throughout the United States since the 1970s. The pictures tell tales of rootedness and loneliness, poverty and affluence, of moments of hope and happiness.

Rosalind Solomon has drawn inspiration not only from her native United States but also from her extensive travels through most of South America, India, Cambodia, Yugoslavia, Northern Ireland, South Africa, and Poland. Her camera's eye engages directly with the hardships and joys of life, the array of rituals that sustain people, and human suffering in its many manifestations.  Her images, both harsh and lyrical, never stray from the truth, and never exploit.

This is the first solo exhibition of Solomon's American work in the United States in over two decades.  American Pictures from Chapalingas will confirm Solomon's reputation as a major American photographer. Solomon's work is in over 50 museum collections, including the Museum of Modern Art, the Metropolitan Museum of Art, the Museum of Fine Arts, the National Gallery of Art, the Center for Creative Photography, the Bibliotheque nationale de France and the Victoria and Albert Museum.

For more information or for images, please contact the gallery by phone or e-mail.