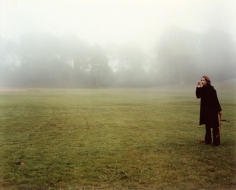 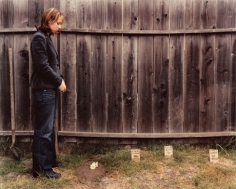 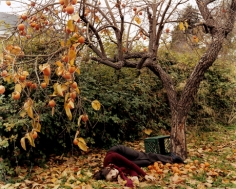 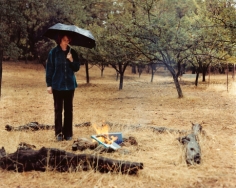 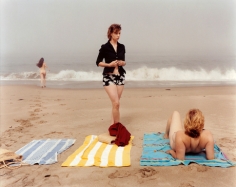 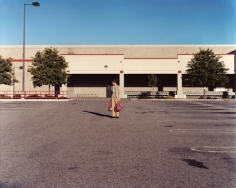 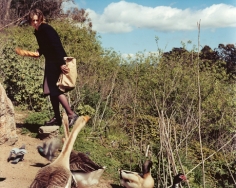 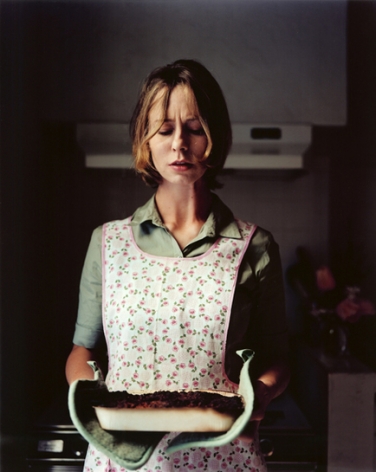 Foley Gallery is pleased to announce Chapters, an exhibition of new photographs by San Francisco based artist Caitlin Atkinson.

Whether it is an awkward public interaction, unreal crisis, or moment of social disconnection, ordinary life is full of abrupt occurrences that create discomfort and isolation.  It is often shocking and painful to discover how unsympathetic and harsh the world can be when we fail.  The consequences of our transgressions, however small, can leave us feeling inept and alone.

The photographs that Atkinson creates are all constructed scenes inspired by her own encounters with this fear and failure.  She focuses on the breakdowns of everyday life and the subsequent relationship with defeat.  The sad humor and vulnerability in the situations Atkinson stages allow the viewer to identify with the character she portrays. In Chapter 17, June, 2004, Atkinson finds herself perched on the moment of undressing, an acceptable situation given that she has come to a clothing optional beach where friends have already taken up the call.  Here, she shares the moment of awkwardness with us, weighing the implications and reactions of undressing or remaining clothed.  Either choice provides its own inventory of anguish for her.

In exposing her own shame and seclusion, she gives a name to the anxiety that plagues us all.  The images then serve not simply as windows into embarrassment, but as representations of undisguised human nature.

Caitlin Atkinson grew up in a small isolated town in the foothills of the Sierra Nevadas.  She received her arts education at the California College of Arts in Oakland, California. In 2004, she was awarded the James D. Phelan art award in photography.  She has exhibited in group shows at SF Camerawork and Southern Exposure.  Chapters marks her first solo exhibition.