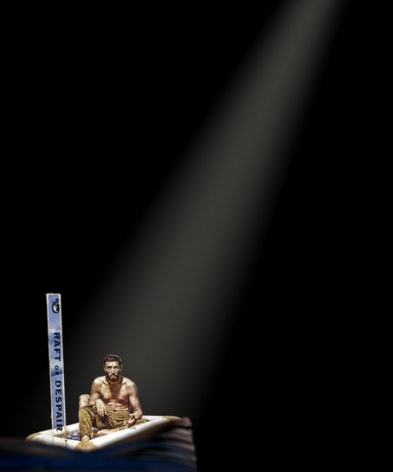 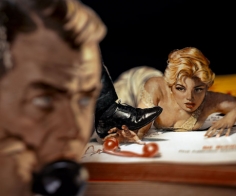 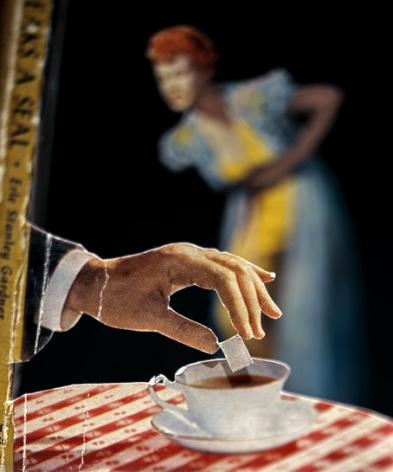 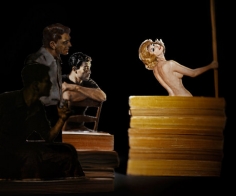 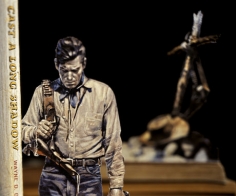 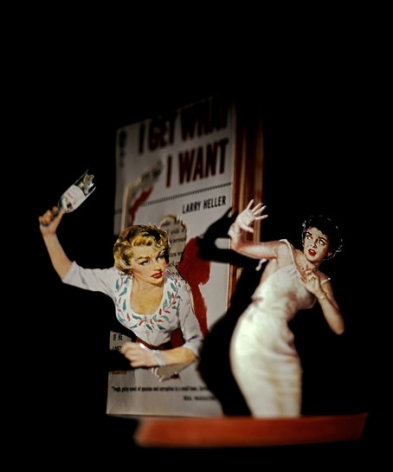 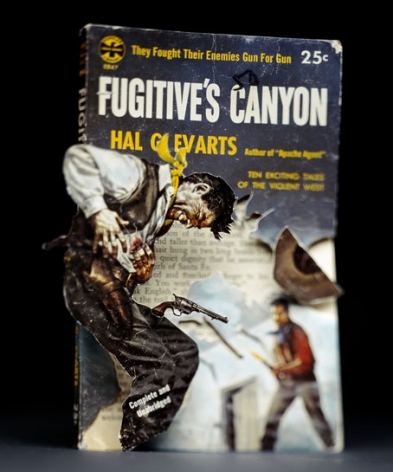 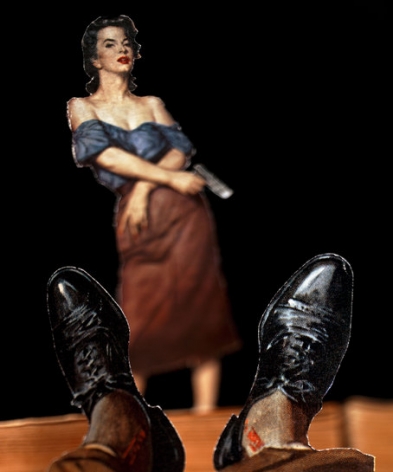 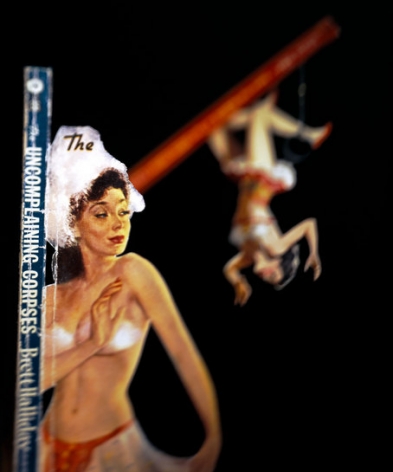 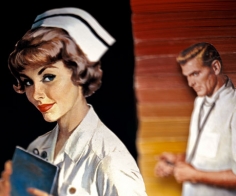 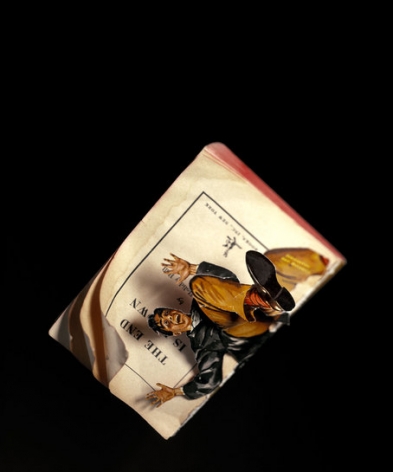 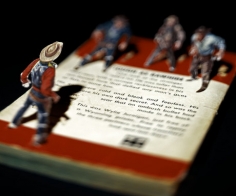 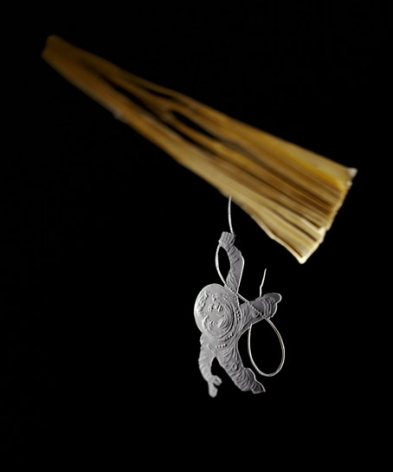 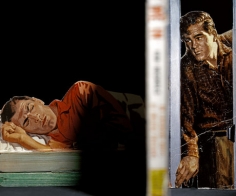 September 10 – October 10, 2009
Press release
Foley Gallery is pleased to announce the third solo exhibition of photographer Thomas Allen.
The title of Allen’s exhibition, Epilogue, reveals that Allen is ready to give us the final word. The artist is ready to retire his x-acto blade and bid farewell to the pulp fiction genre that he has so thoroughly cut-up and mined for the last seven years. Allen’s final foray finds the characters that he has so effectively brought to life entering reluctant tableaux that heralds their demise.  Whether it is death, the end of love, a showdown or a last curtain call.
His unmistakable talent for creating the illusion of 3D with deft cuts and crimps allows us to see cowboy’s guns floating in mid air, spacemen taking their last gasp and an aerialist taking a death defying plunge.  Inspired by the View-Master and “pop-up” books from childhood, Allen became interested in combining these viewing experiences with his adult interests in pulp fiction paperbacks as still life subjects.
In this new series of work, the narrative is reduced to the final scene, often the scene of the crime.  How and why these characters have come together in their drama is up to us to decide.
Thomas Allen was born in Highland Park, MI in 1963.  After nearly completing a degree in Criminal Justice at Wayne State University (Detroit), he decided to take some art classes.  This raised him out of academic misery and helped move his floundering GPA off the Wanted List and onto the Dean's List!  After changing his major to art in 1986, Tom spent the second half of his 10 year college career going to school part-time while working full-time for Toys 'R' Us to support himself.  He received his BFA in 1991 and went on to earn his MFA form the University of Minnesota in 1996.  Tom's exhibition record lists galleries throughout the United States and boasts two solo museum exhibitions at the Grand Rapids Art Museum in Michigan and the John Michael Kohler Arts Center in Wisconsin.  His work is in the permanent collections of the Museum of Fine Arts, Houston; The Milwaukee Art Museum; Target Corporation; Fidelity Investments and The Progressive Corporation.  Publication credits include Harper's, The New Yorker, New York Magazine and O Magazine among many others. In 2007, Aperture Foundation [NY] published UNCOVERED: Photographs by Thomas Allen with a forward by graphic design superstar Chip Kidd.

The exhibition will remain on view until October 10, 2009. Foley Gallery is open Tuesday – Saturday 11AM – 6PM. For more information or to request images, please contact the gallery at 212.244.9081 or via email at info@foleygallery.com.