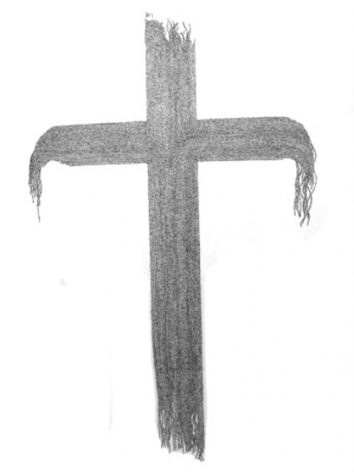 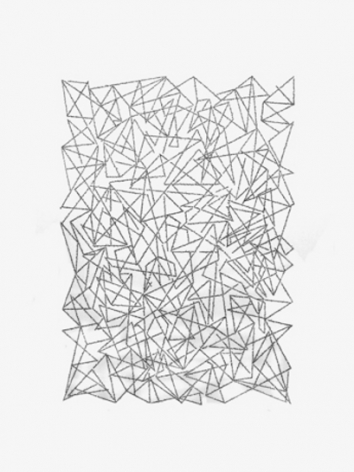 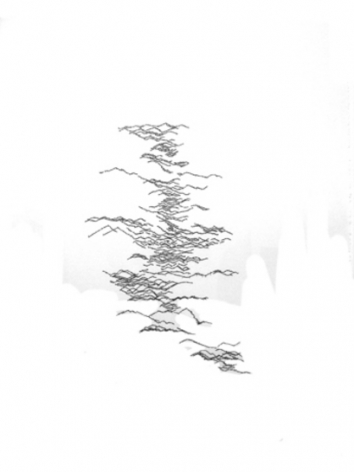 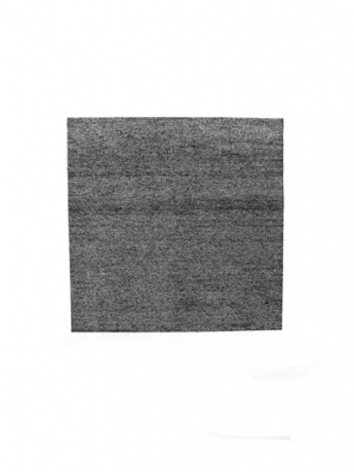 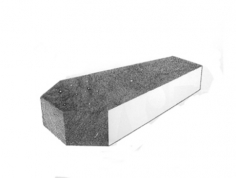 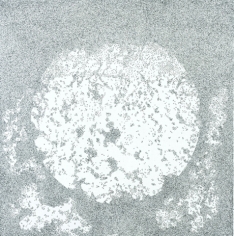 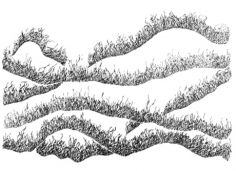 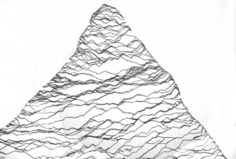 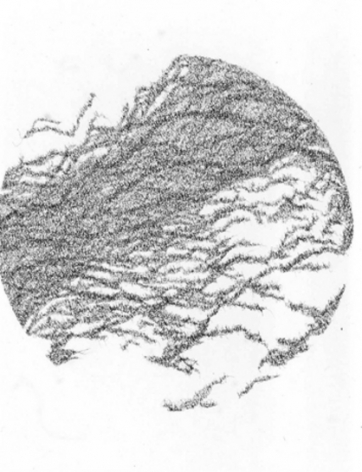 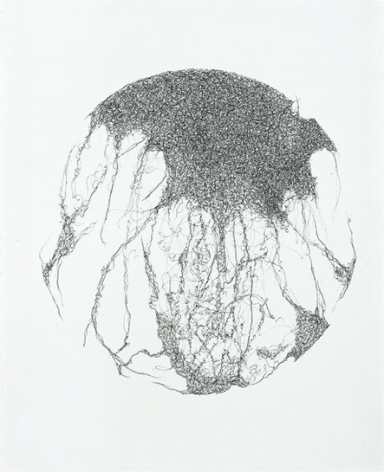 Virginia Woolf called writing an exploration, Franz Kafka called it a prayer, an invocation that would exile him from one reality and give him sanctuary in another.

Inspired by the transformative nature of the writing process, Attie creates drawings composed of words found in literature that she has been inspired and challenged by.  Her application of ink is shaped into letters, grouped into words, building the physical structure of the drawing directly related to the life of the text.

Her drawing of Whitman's, Leaves of Grass, resembles layers of flowing blades layered in tiers, bending in the wind.  Ginsberg's, Howl, revolves in a global fashion with mixings of empty space and density that recalls the cadence of a reading.

The details in Attie's drawings need a closer look, as they appear to be constructed of thousands of tiny particles. Upon even further examination, it becomes clear that these drawings are composed of many letters, which challenges the viewer to construct the significance of each bit's contribution to the whole.

Although the works may be generated by texts, they seek to re-invent of the modalities we have come to call languages.  The drawing page becomes a place that mediates between written words and the lines that draw them, a place where the fragile distinction between writing and drawing takes hold. At times, the drawings serve as sites where language is increasingly abstracted.  When words become so minuscule, so excessively diminutive as to be indecipherable, they are nevertheless translations, transformations, re-iterating something that precedes and predicates them.

Attie received her MFA in Poetry from City College of New York and her PhD in Comparative Literature at the Graduate School of the City University of New York.  Her work is in the collection of The Whitney Museum of American Art, The Jewish Museum, The Studio Museum of Harlem and The Getty Museum.  Major exhibitions include The Aldrich Museum, The Drawing Center and the Museum of Fine Arts, Houston.