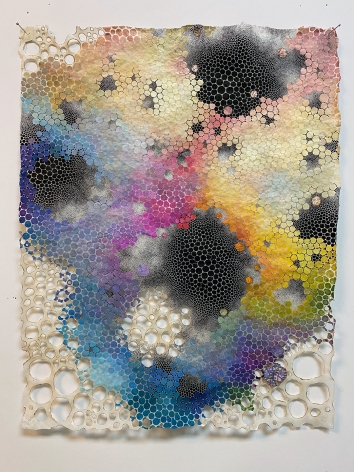 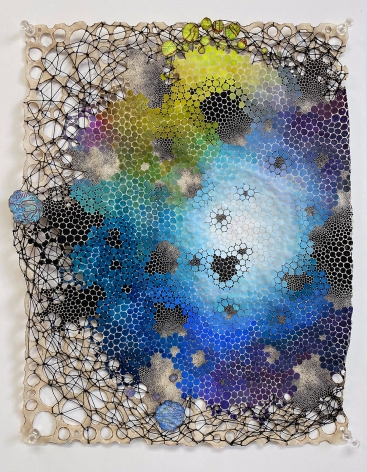 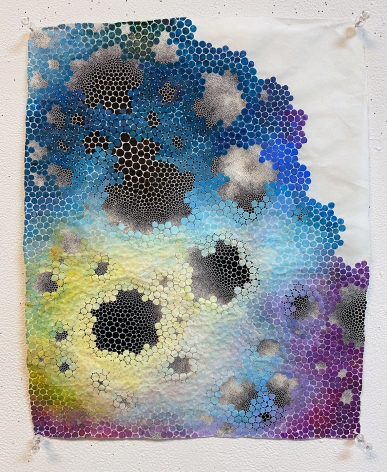 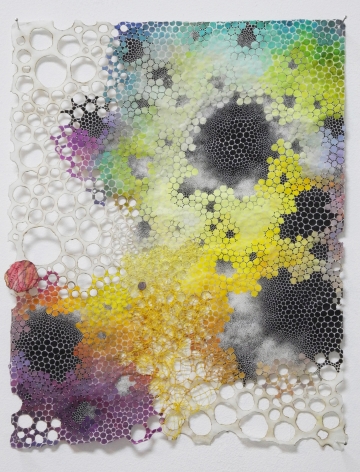 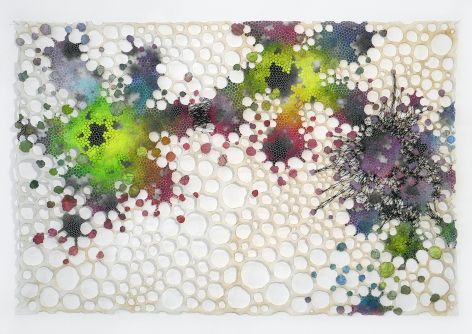 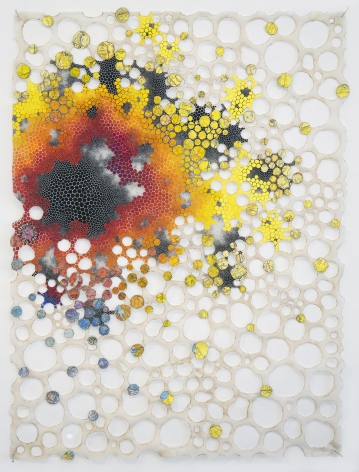 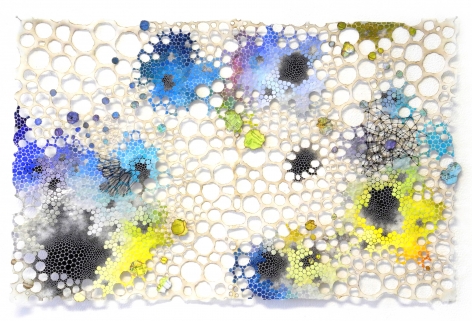 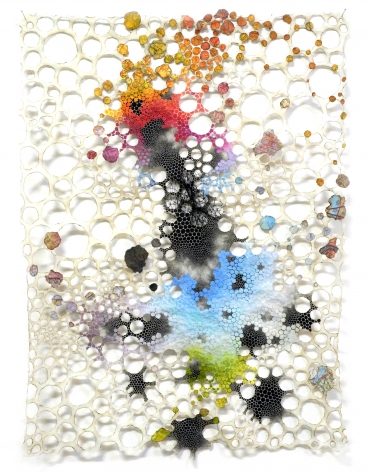 Karen Margolis is fascinated by the unseen forces that shape our every thought and action.  Providing form and physical presence to these mysterious interior energies, she focuses her investigation on the mind's operations, recording internal monologues in order to explore the patterns created by various feeling states.

After receiving her BS in Psychology from Colorado State University, Margolis continued her research in Neural Psychology while studying portraiture at the Art Student's League in New York City.  She furthered her studies in art at Parsons School of Design and the School of Visual Arts.  During a Microscopy course at John Jay College of Criminal Justice, through the New York Microscopical Society, Margolis was inspired to diverge from her investigations of figurative art in order to create work exploring universality of macro/micro patterns.

Residing in New York City, Margolis' work is exhibited internationally.  She has upcoming exhibitions at K. Imperial Fine Art in San Francisco and Foley Gallery, New York City.  Margolis recently completed a public art commission for the MTA Arts in Transit for the 86 Street N line in Brooklyn, NY.  Margolis' work has been exhibited in the Paper Biennial at the Rijswijk Museum in the Netherlands, Salon Zurcher, Paris, France and in collaboration with M Missoni, New York City, through Garis & Hahn Gallery.  Currently her work is included in the "Cut up/Cut out" exhibition, traveling to museums throughout the country from 2016 to 2020.  Prior exhibitions include Rockland Center for the Arts, The Hunterdon Art Museum, The Aldrich Museum of Contemporary Art, The Parrish Art Museum and the Fine Arts Center of the University of Massachusetts in Amherst and Weatherspoon Art Museum.  Previous solo exhibitions include Garis and Hahn in Los Angeles, Bridgewater University in Massachusettes, Muriel Guepin and Dieu Donne in New York City and The Delaware Center for Contemporary Art.

Margolis received a Pollock-Krasner Foundation Grant in 1998 and in 2000 designed a critically acclaimed set design for an Off-Broadway play.  That same year she received a workspace residency at Dieu Donne Papermill.  She was instrumental in creating the Dr. Seuss exhibit at the Children's Museum of Manhattan.  In 2004 she conceived and implemented a program to teach art to blind and visually impaired teenagers at The Lighthouse International.  In 2015 she worked as a consultant for Art Beyond Sight, coordinating with the Mayor's Office for People with Disabilities, Margolis organized and implemented special events for the 25th Anniversary of the Americans with Disabilities Act.