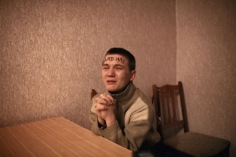 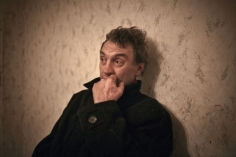 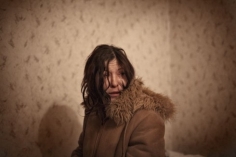 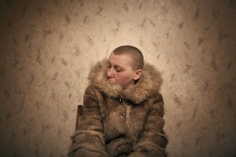 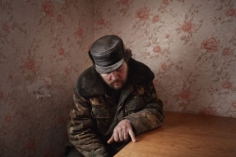 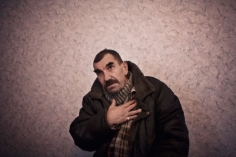 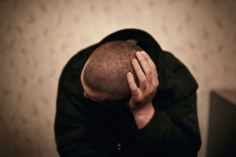 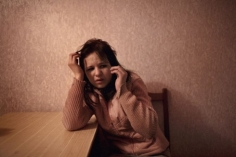 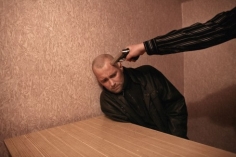 ‘Interrogations’ is about a place where justice and mercy and hope and despair are manufactured, bought, bartered and sold; a soundproofed factory where truth is both the final product and the one thing that never leaves the room.

Donald Weber’s Interrogations sets out to uncover a hidden meaning behind the bloody 20th century, as displayed through a singular encounter with State power. From 2005-2012, Donald Weber traveled through Russia and the Ukraine, photographing and recording the physical and emotional geography of a devastated nation. Meeting and living with ordinary people who had survived wars, the Chernobyl nuclear disaster, and the fall of the Soviet Union—Weber observes the modern State as a primitive, bloody, and sacrificial rite of unnamed and unchecked power. With each image, Weber synthesizes a portrait of the complex relationship between truth and power, his subjects under piercing scrutiny by authority. Over 90 percent of all charges in the Russian judicial system end in guilty pleas, and only experienced criminals or highly educated defendants stand a chance in such a justice system. Interrogations is more than a documentation of the policing practices of a particular subject. It is a meditation on what these interrogation rooms, and the people who enter and leave them, represent.Each photograph creates a context for Truth as a complicit act, a mutual recognition—however fleeting—between those who hold, and those who must surrender to power.

Weber’s work has recently been shown in the UN Museum of the Army at Les Invalides in Paris and was named Emerging Photo Pioneer by American Photo. His works are published in Amica; Der Speigel; The Guardian; Newsweek; New York Times,;  New York Times Magazine;  Stern, Rolling Stone; and Time.